Running the program we see a key “being calculated” After a few seconds of execution, a message says that we need a faster machine and end the process.

It’s quite simple to see with ida what’s happening 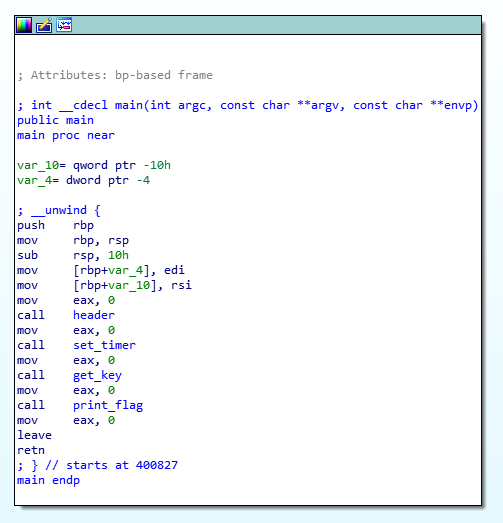 A timer is set, after some time (1 second) it will send a signal to the program to stop the execution, and alarm_handler will be execute 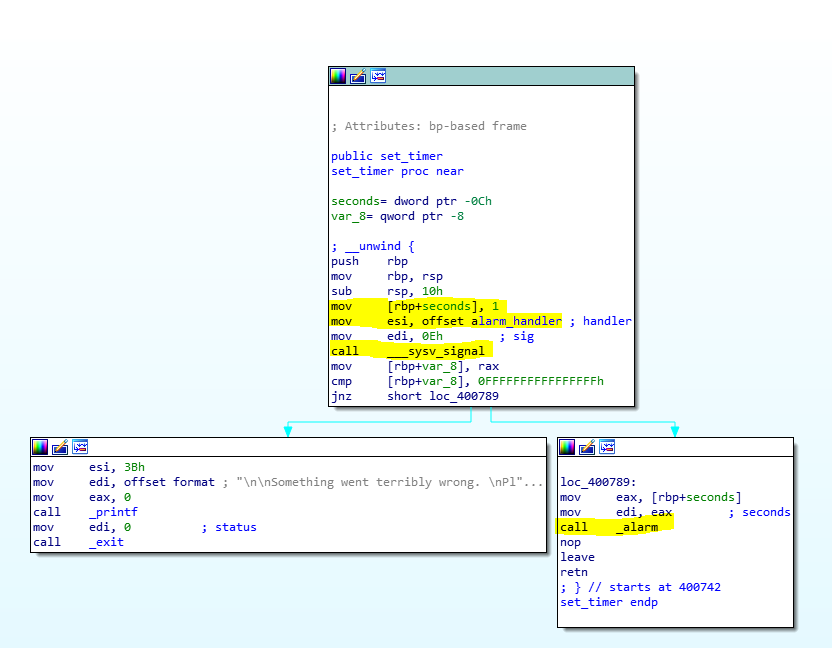 Here we are after a few seconds we get the flag!

This is very similar, we have the same timer, this time giving us 3 seconds. But the patch applied before isn’t working, (i let it run for more than 5 minutes). In this case, we need to look deeper. 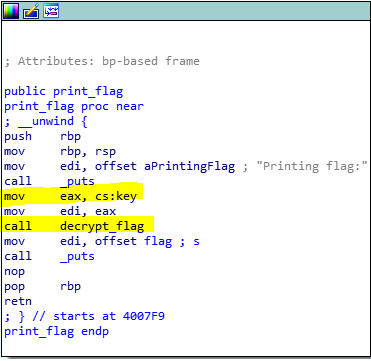 So, how this key is generated? Well, calculate_key it’s a one-instruction function it calls fib(3f7h) = fib(1015) 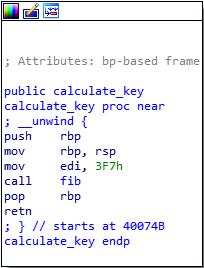 The name should already raise suspicion, but looking at the implementation, it’s clear that it is a recursive version of Fibonacci function. 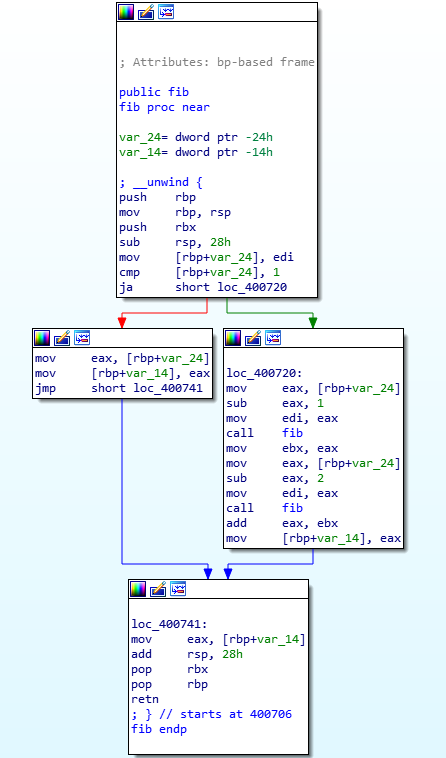 To calculate fib(1015) this isn’t the right way since that implementation has an exponential computational complexity. We could write our function to do it better, or we could ask to WolframAlpha.

At this point, the result would be stored into eax which is a 32-bit register, an int (in my architecture at least) is 32 bit too, so in order to quickly have the right number and ignore the overflow, I just put that result in an int variable, and make it print.

now we just want to patch the

Here we have again the same challenge, whit again a 3s timer, and a calculate_key too time-demanding. But this time, the function which calculates the key isn’t fib(), but a generic calc(). We need to reverse it. 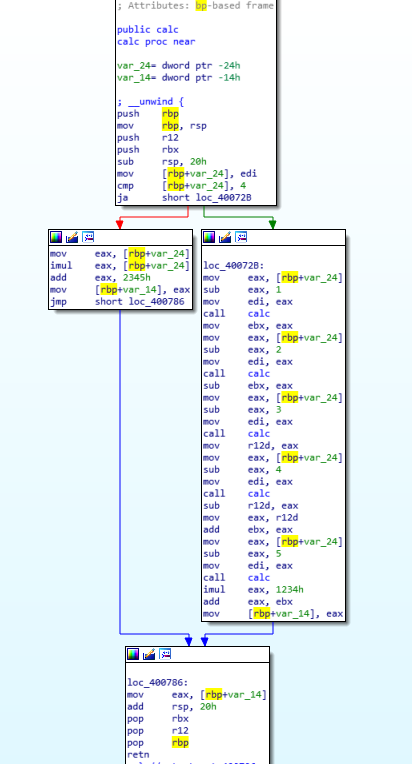 Luckily it is quite simple:

in short, it does:

okay, again an exponential-recursive funciton, which has as input 19965h.

no way it can’t be solved in this way.

We just need to rewrite it in a linear-complexity. (dynamic programming if you want):

This was my implementation:

and that’s it. We solved all those 3 challenges, they were simple and nice!