Here we have another reverse challenge:

Let’s see inside this: 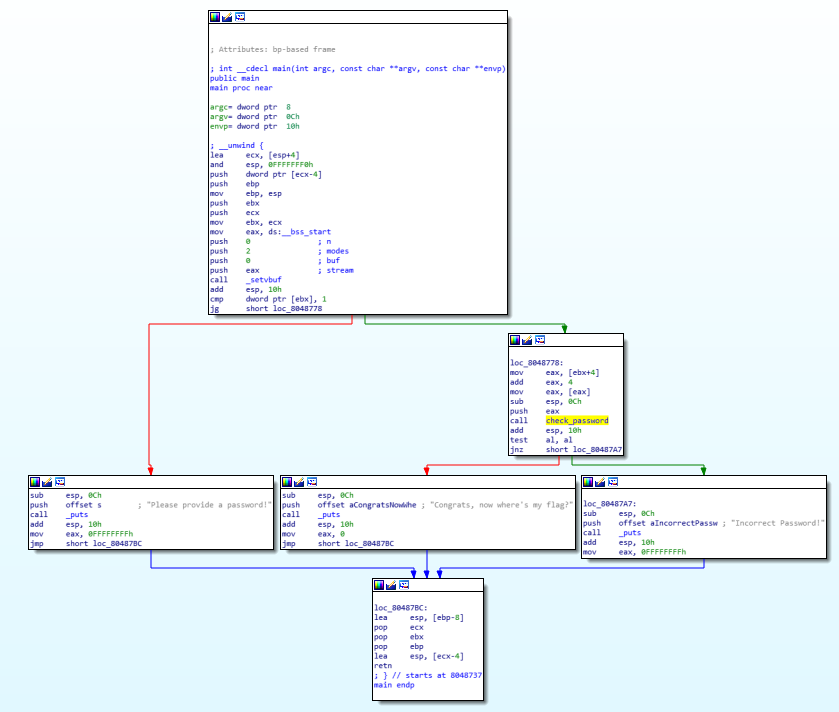 Notice when we take this last branch seems that the flag isn’t actually printed, but only a message with “So where is my flag?” That’s probably mean that the flag is the password itself.

This function isn’t really easy to reverse, but let’s have a look slowly:

in the first block we notice that the password is measured with a strlen:

Next, we have a bifurcation which is basically a for loop on the password length. 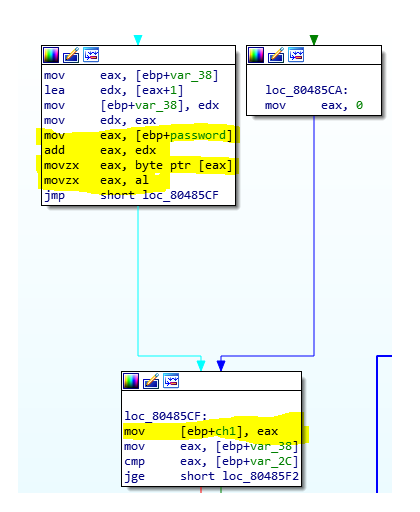 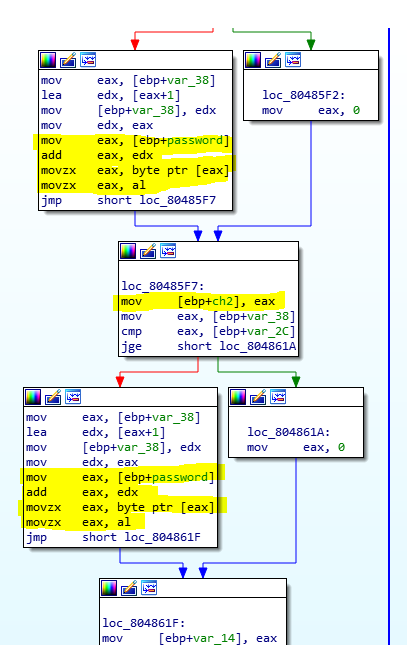 Whit those 3 chars (var14 is the last char taken from the password ) some operations are performed:

Focus first on the yellow part

What it does is:

Next, we have some similar code repeated x4 times with only a small change on the shift (shr instructions):

Seems that it is doing:

alphabet is just a string of some chars (67): 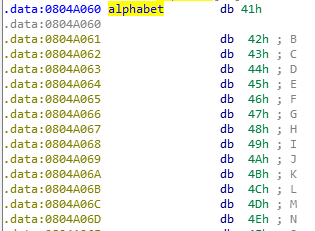 after this for we see a strcmp:

so here what’s happening here: for every 3 chars of the password, 4 chars of a new string are generated. This new string is compared to a fixed one, and if are equal we get a win.

The vulnerability here is that even if it is a 14 chars long password, we can “check” if it is right splitting it into groups of 4 since every group isn’t “correlated” whit the next.

That’s mean that a brute force has to check only (67^4)x4 possible combinations instead of 67^14.

We now put down some code to do this: 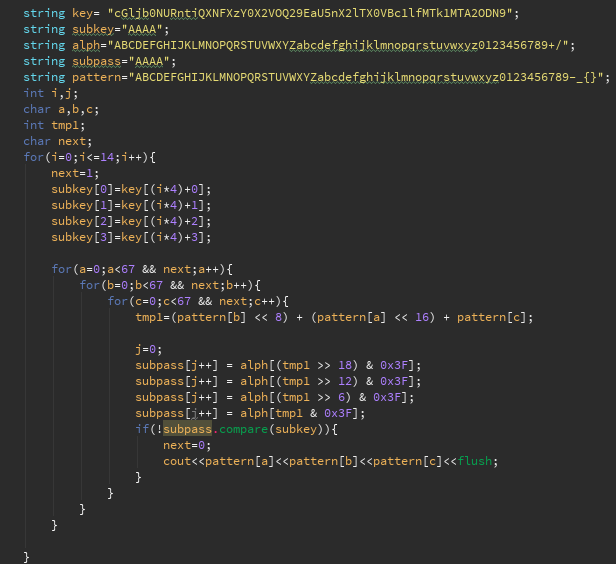 and here is the flag: